Giving back to our veterans is an honor. Through funding provided by The Home Depot Foundation, Meals on Wheels America, and Kent County Veterans Services, this program offers home repairs to veterans and their spouses at no cost to them. From changing locks to new flooring, the program strives to improve the safety, accessibility, and livability of the homes of veterans.

The Senior Neighbors Home Repair for Veterans program covers a wide range of projects that improve the livability of the home. Tasks that address safety and accessibility are given priority. Examples of past projects include installing a walk-in shower or functioning vanity, repairing a deck or ramp, fixing a railing or electrical outlets, and replacing flooring or a garage door. 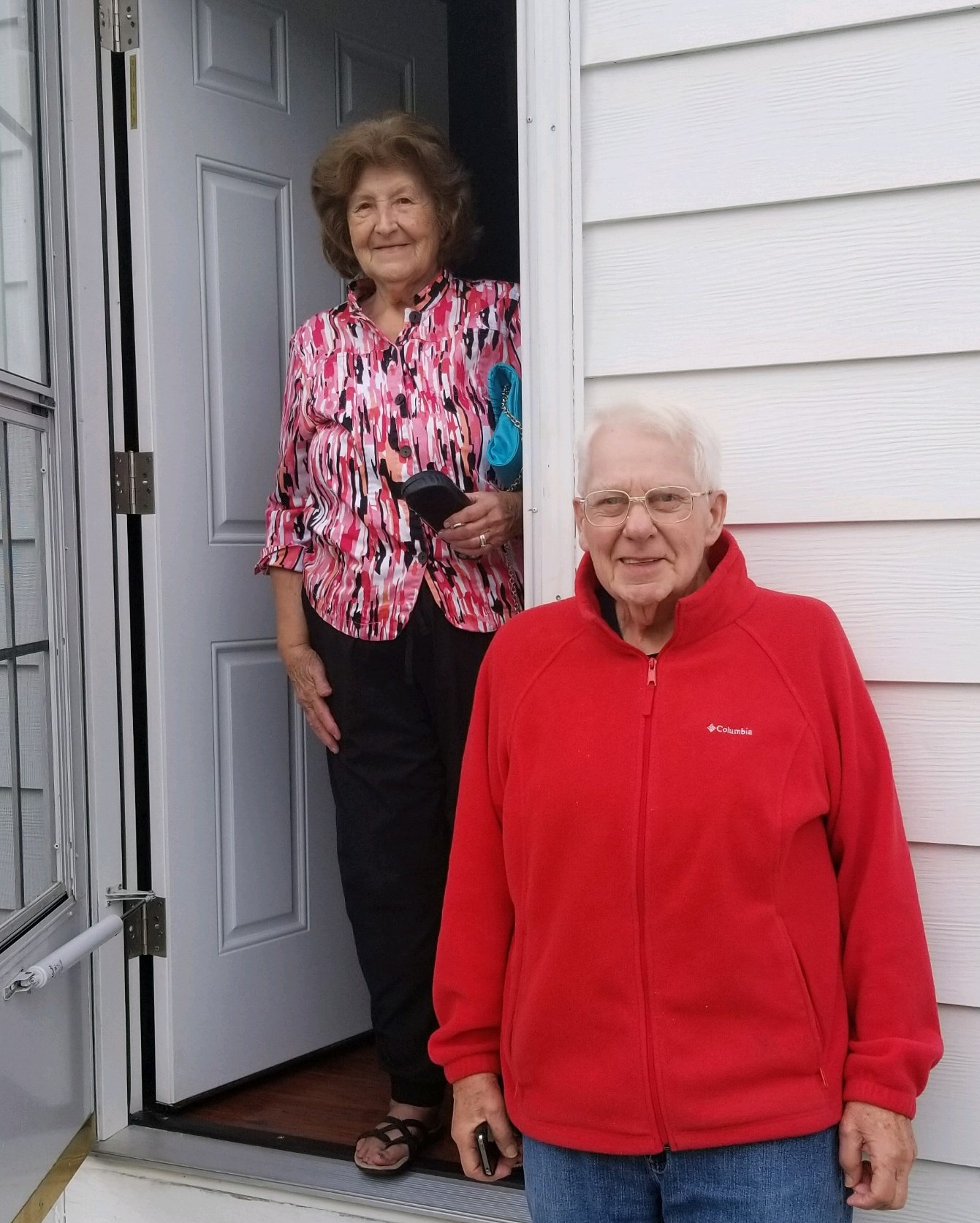 Mary and Robert have always worked hard to keep a welcoming and well-maintained home, but on a fixed income it had become difficult to keep up with their home’s needs. In an effort to make ends meet and keep their heads above water, Robert even held a job into his 80s. Once he decided he couldn’t keep up with the demands of his job and fully retired, the task become even more difficult.

Senior Neighbors Case Manager Jody suggested the Helping Homebound Heroes program because of Robert’s time in the Army, and the team provided Robert and Mary with a new front door along with repairs to an aging deck. “Mary and I are very happy with the work,” Robert said. “They did a good job. They completed work that Mary and I would not have been able to afford on our fixed monthly senior budget.”

Barbara’s husband served four years in the Air Force as a mechanic. When parts of her deck started to fall into disrepair, Barbara reached out for help. Not being able to use her deck and the attached railing was limiting her mobility. Senior Neighbors knew the repairs needed to take place right away, and the Helping Homebound Heroes program enabled a work team to step in and restore Barbara’s deck and railing. Now Barbara is free to enjoy the sunshine and tend to her plants out on her deck.

Jerry and Marjorie live in their own home in Grand Rapids. Their home gives them independence and a source of pride, and they always do their best to keep up with repairs, but one day the garage door opener stopped working. Unfortunately, this was going to be a significant cost to Jerry and Marjorie, until they were told about the Helping Homebound Heroes program through Senior Neighbors. Jerry served four years in the Army during the 70’s, as a field artillery crewman. This commitment to serving his country, and discharge in good standing, qualified him to participate in the program.

Once the repair crew arrived, they determined that it wasn’t only a new garage door opener he needed, but an entirely new door as well! The scope of this project would have reached beyond the means of Jerry and Marjorie, and they don’t know how they would have made the repairs without the Helping Homebound Heroes grant program.